And another automaton makes it to my blog.. A wooden koi fish with a weight driven pull-tab mechanism. It has taken 2 months to complete this piece, by working when I have time left from busy life.

My inspiration to create a pull-tab mechanism came from a Meggendorfer Movable Book and a Steiger TV film about movable and popup books which was sent by Dear Falk Keuten from Spiel und Kunst mit Mechanik. He was very kind to send me these valuable gifts. I would love to thank him again for his continuous support…

So, back to my automaton, I illustrated in computer and created a prototype first. And then cut the main parts in CNC, used my old friend dremel tools for detailed work and painted in acrylic. 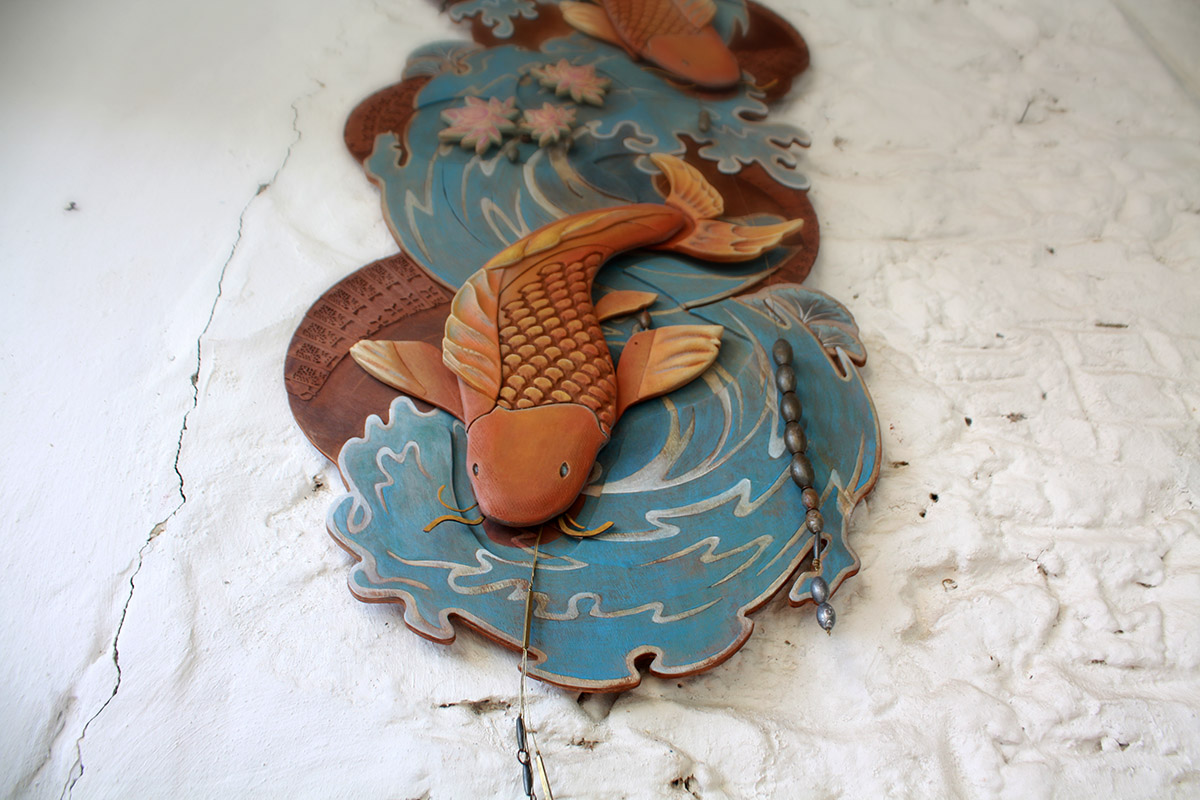 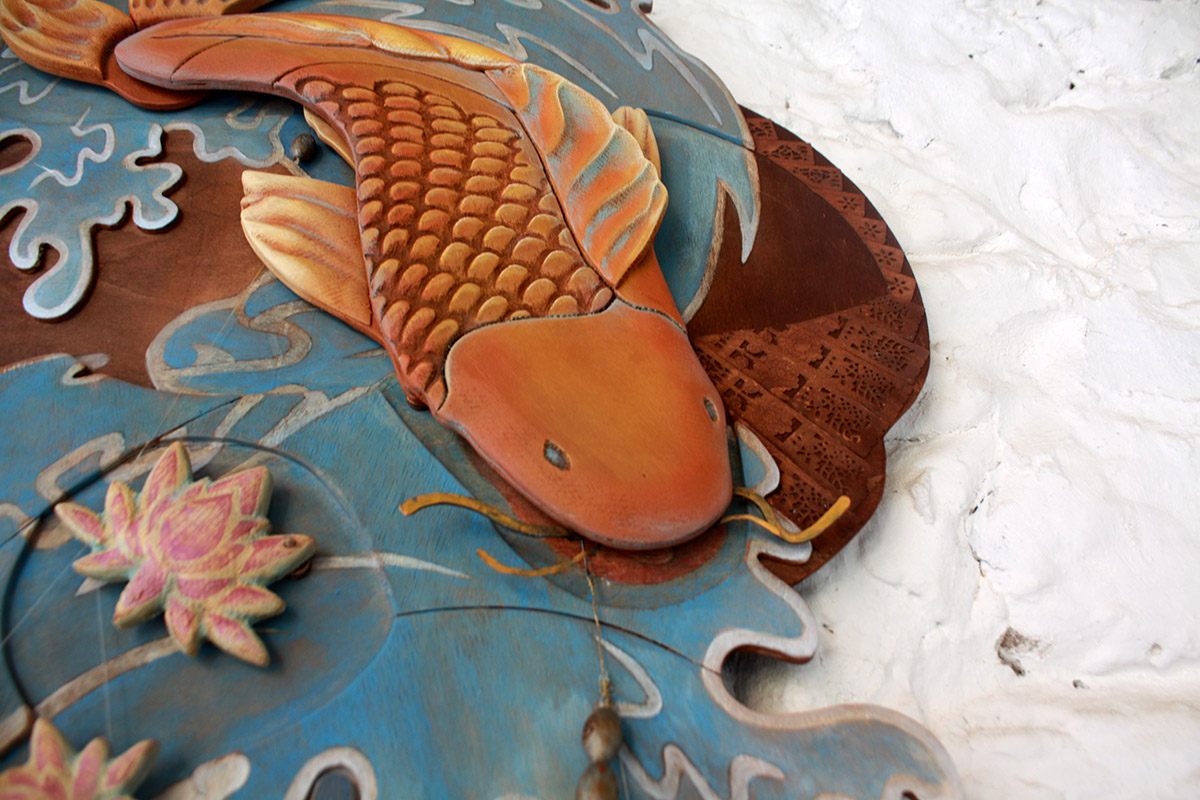 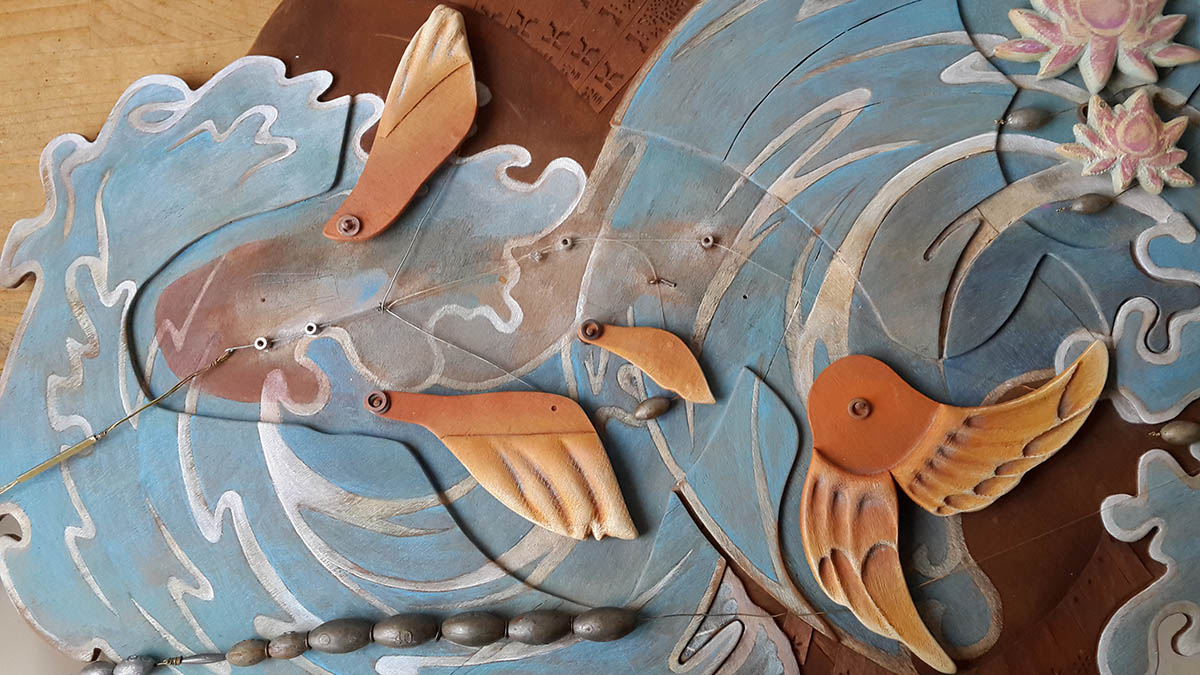 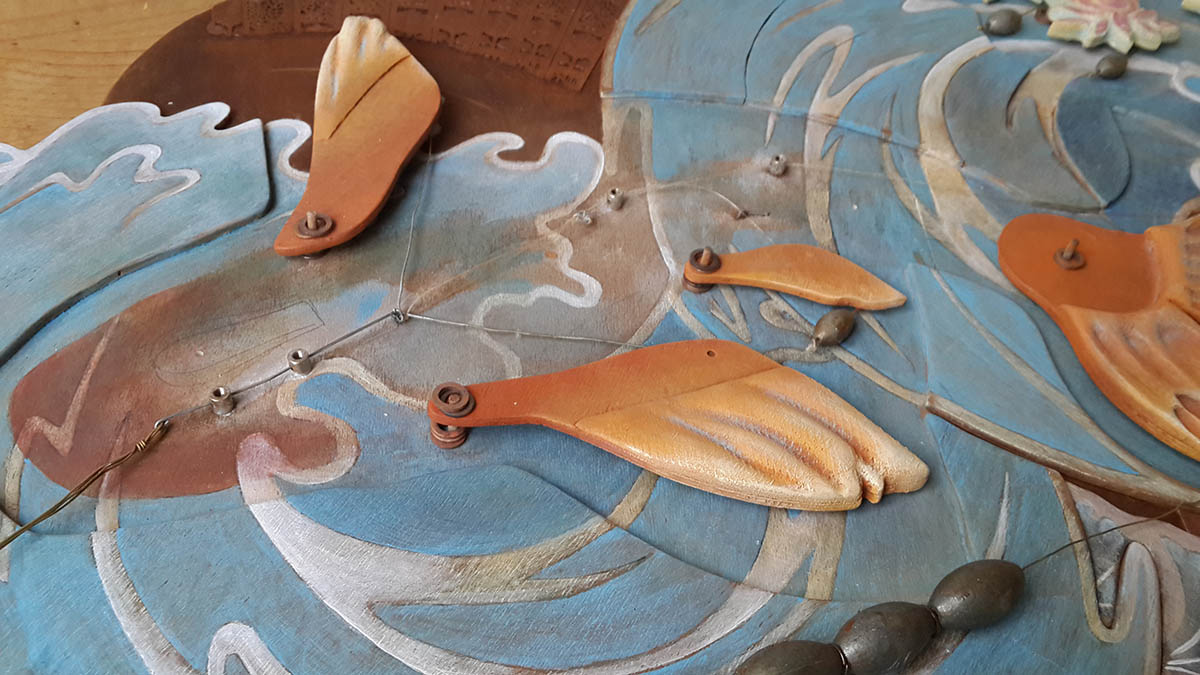 Koi fish have a very long history in Chinese and Japanese culture. When I designed the piece I knew that they had a special meaning associated with them but I did not know that both their swimming direction and the colors were important. Last week, while I was searching on the net, I run into this nice post about Koi tatoos. “Koi Fish Tattoo Meaning—Color, Direction, and More” So, according to this post here is the legend:

“According to Chinese and Japanese myth, there was once a giant school made up of thousands of koi fish swimming up the Yellow River in China. As they swam, they gained strength by pushing against the current. However, on the Yellow River, there is a waterfall. Once the fish reached the waterfall, most turned back and just went with the current because it became too hard. The ones who remained continued to try to reach the top of the waterfall. These koi kept trying for one hundred years. At last, one koi successfully leaped to the top of the waterfall. To reward this dedicated koi, the gods turned it into a beautiful golden dragon.

The falls have become known as the “Dragon’s Gate.” And legend has it that to this day, any koi that has the strength and perseverance to complete to journey up Dragon’s Gate will become a heavenly dragon.

It is also said that if a koi is caught, it will await the cut of the knife without a quiver with the bravery of a Samurai warrior facing the sword in battle. This clearly portrays the cultural beliefs in the strength and courage of the koi.”

And the meaning behind which direction the Koi is swimming;

“Beliefs about the meaning and direction a koi fish is swimming vary greatly. Some theories of what it means are actually contradictory. But, if you are using a koi in your tattoo, you can choose the meaning that applies to you. Tattoos are your form of self-expression.

Upstream
-You are currently in a battle or struggle and are still fighting obstacles but won’t give up.
-You have overcome obstacles and have now gained the strength you need to continue against the current.

Downstream
-You don’t yet possess the strength to make it against the obstacles and move towards success.
-You have already achieved your goals and overcome your obstacles, and you are no longer fighting the current.”

So my kois are swimming downstream 🙂

Some pictures from this looong process here: 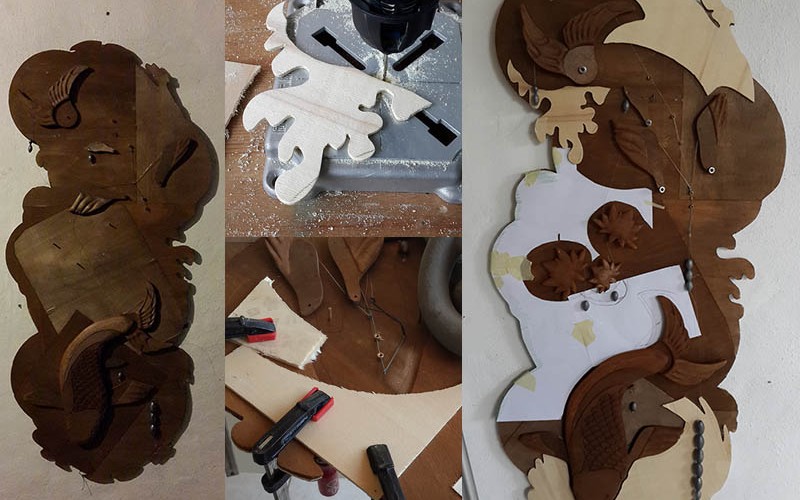 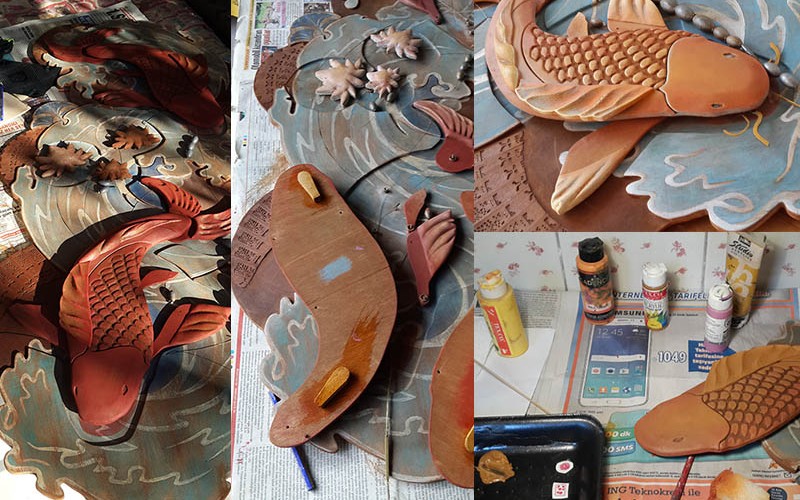 And a beautiful song: